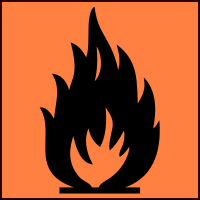 A single flat over a shop (2 storeys maximum) with clear exit route to outside – no internal fire doors but flat door should be 30 minutes fire resisting if it is inside a staircase enclosure. 60 minutes between shop and flat floors.

Several flats over a shop/s (2 storeys max) – 30 minute fire doors to each flat entrance door. Clear exit route out to a place of safety. 60 minutes between shop and flat floors.

Several flats over a shop (3+ storeys) 30 minute fire doors to each flat door. 60 minutes between floors. Internal doors should also be fire resisting but refer to converted flat standard for explanation. Clear exit route out to a place of safety.

The fire resistance standard is for both purpose built and converted flats over shops.

No occupiers should have to pass through a potentially obstructed area (Shop yard or alley or staircase) to get out to a place of safety. Any locks on gates to be fire escape locks easily operable from the inside without using a key.

Flats over shops which are converted buildings - Design and install a mixed system which comprises:

Design and install a mixed system which comprises:

(1) a mains operated fire alarm and detection system designed and installed to British Standard 5839 Part 6 2004 Grade D and category LD2 (detectors in escape routes and heat detector, 600mm from main entrance fire door within each flat), detectors to be interlinked together to form one system.

(2) Inside each flat, in circulation space, single point optical smoke detector with remote hush/test switch to be fitted, not linked, but under control of occupant. System defaults to evacuate mode if a flat is on fire and heat detector activates prior to fire door being under threat from blaze. Minimises false alarms.

Remote hush to be fitted to main system in a secure location to avoid false hushing or tampering.

Note: Where such systems comprise more than 14 detectors in total on the interlinked system, an automatic panel controlled fire alarm may be considered, or radiolinking which increases the numbers which may be linked together. The manufacturers will usually provide technical guidance.

Flats over shops which are purpose built buildings – no smoke detection system for the communal areas is required under this standard for purpose built blocks with sterile stairs/landings/escape routes.

Inside each flat, in circulation space, single point optical smoke detector with remote hush/test switch to be fitted, not linked, but under control of occupant.

Existing buildings which have been recently converted may already have smoke detection systems within communal stairways.

Poor layouts involving fire exit through risk rooms should be improved using additional detection. Flats over shops often have the kitchen at the rear which gives out onto the exit staircase. Each case must be checked by the HMO team or Fire Officer before recommending extra detection. Prior approval of fire alarm systems must be sought before carrying out works.

Dependant on the level of borrowed light and the actual layout/staircase) but generally, to be installed in escape routes to BS 5266 Pt 1: 1999 Code of Practice for emergency lighting and be of category NM/2.

Minimum fire blanket in every kitchen.

Fire alarm should be tested weekly by landlord or tenant. Remote test switch allows for easy testing. An annual check by a competent person to comply with BS5839 Part 6 2004 should include cleaning in accordance with manufacturer’s recommendations. Each detector head should be replaced every 10 years (guaranteed life of the standby battery).

If the building has been unoccupied or the mains power has been disconnected, the system should be thoroughly tested to ensure the operation of the power supply and standby supply.