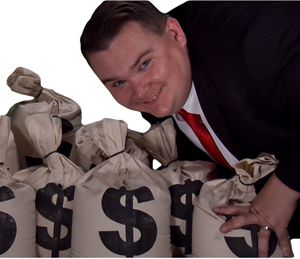 Prior to April 2015 non-residents who owned UK property could sell it and pay no tax on any capital gain - unlike UK-based landlords or owners of second homes who were liable for a charge of up to 28% on any gain realised. Going forward non-resident landlords will have a capital gains tax levied upon sale as well, treating them the same as UK residents and bringing the UK's CGT system more broadly into line with that of other countries in Europe.

However it's not quite a state of equality between UK-based and non-resident landlords, as non-res landlords will only be taxed on gains made since the date the tax was introduced (6th April 2015), whereas UK landlords would be taxed on any gain made over and above the purchase price. This is quite a significant difference, so let me give an example to illustrate the point:

Looking into our crystal ball we can see that property 'A' will be worth £250k in 10 years time (2025). If the property is sold by our UK landlord then he will pay CGT on a gain of £150k and our non-resident landlord will pay it on a gain of £50k.

The perceptive among you might have spotted a problem with this scenario: In 10 years time how will the selling landlord prove to the tax man what the property was worth today?  The only obvious answer is for non-resident landlords to get a RICS valuation on their properties now or it will definitely be HMRC deciding the property's previous value, and their decision is unlikely to favour the person they are trying to extract tax from!